I had only heard of the Apprentice Star League (Visit them at www.apprenticestarleague.com) in passing until I accidentally read a re-tweet the other day on Twitter mentioning “Gold and Platinum players sought for Apprentice Star League, reply for details” – I confess that I had not properly read what the ASL did specifically at the time, but I vaguely remember it being an initiative for players to improve their game and participate in competitive matches as well.

I was in bed at the time and about to doze off, but as soon as I read this I immediately replied in the positive and learned a short time later that I was in! This was all very exciting for me and I read up a bit more on the ASL the next day.

The ASL is the brainchild of Alan LaFleur, who decided that the game needs to focus more on its core group of players – the foundation and the masses of non-pro gamers. The important point of recognising that the gaming community cannot thrive or grow if the amateur playerbase is neglected is a refreshing one, and the league format is a fantastic idea. Each team has a number of players who are in the following leagues:

Each team will also have a Masters level coach, and meet for periodic practices on Battle.net. Each week, the teams play against each other and the scores are tallied in a table. A play-off happens post-season to battle for the team prize of ASL Champion. The onus is obviously on improving because if you are the Silver level player for a team but have improved to pretty much Platinum standard, then this will bode you well towards the end of the regular season and help your team reach the playoffs! This is what excites me the most: I’m technically a Gold level player but if I can reach a playing standard that somebody in Platinum or Diamond would have in the coming weeks, I will stand in good stead come crunch time in the league.

Our first practice session got off to a slightly bumpy start on the grounds that our coach unfortunately had to quit after Week 2 of the league because of unforeseen real life commitments. This was a real shame too because his name was FruitGG, which had me nerdgasm-ing at the thought of FruitDealer and ForGG having some sort of love child. Alas, this was not to be – and an assistant coach to the team arranged for a micro battle to get things warmed up between the players in our team. All did not go well for me as I was given a baptism of fire; our supposed ‘Bronze’ player seemed to be able to regularly wipe the floor with my face. 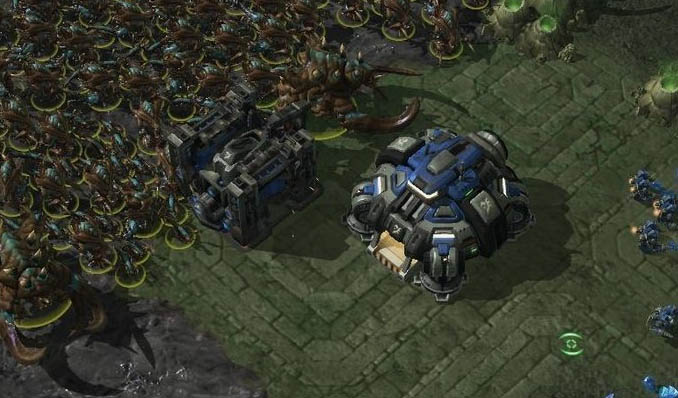 I will now utilise the power of…MICRO!

This will prove to be a big challenge but one that I am seriously looking forward to. A solid plan to help amateurs in the game improve and get more involved with the community is exactly what Starcraft 2 needs in the long run to ensure it will flourish for years to come. I’m looking forward to playing more and improving my casting as well, as a direct result of improved knowledge and insight into the game that comes via a higher playing standard. Let’s see how this goes! :-)