Getting Back into Swing

A hectic start to 2012 has been in order for myself but I’m really looking forward to doing a lot more in the coming year! Over the New Year’s break I was attending a chess tournament (7 hour games, for those of you who complain TvT’s are slow!) and am now back home and ready to rock. I tried my best to bleed some games onto YouTube over the last three weeks, and the results were a fair number of EGL4 games as well as some highlight games from the qxc vs CatZ showmatch. 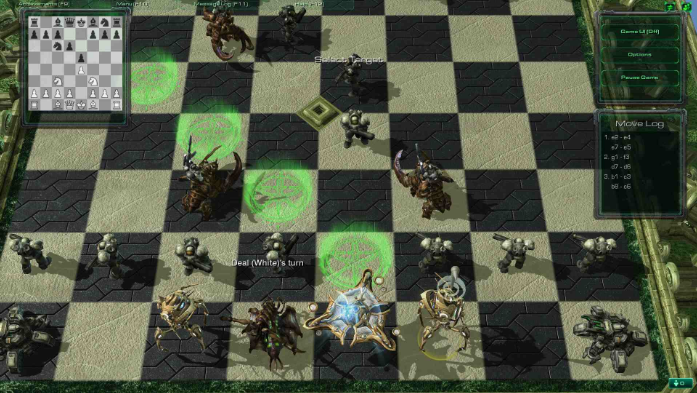 Over the next week (two maximum) I will finish uploading the rest of qxc vs CatZ highlight games as well as casting the grand finals of EGL4! For those of you who would like to watch some games without spoilers, links to various videos uploaded so far are below. All links are to a single game, there should be links to subsequent games at the end of each video (with the exception of the Lower Bracket Final, explained in-video. Damn you corrupted files!):

As mentioned above, expect some more highlights from qxc vs CatZ and the EGL4 grand finals to be on YouTube soon, but in-between other commitments (see below!) it’s going to be hard to fit them in a few days – definitely by the end of next week though! I’ll also update this post with additional links when they get published.

In an extremely exciting example of putting yourself out there and being set new challenges as a result (see my credits page and props to MrBitter for this golden rule!), I was recognised as the qxc vs CatZ caster just days after the match was complete. The people who recognised this were some of the wonderful people who run and commentate the Playhem daily tournaments! Before I dashed off post-Christmas to go play chess, I cast my first live tournament in the Playhem EU daily on Boxing Day with Lyrlian (follow this fabulous nerd at @Lyrlian on twitter!) which was super exciting and a lot of fun.

After this trial, I have been asked back to become part of Playhem’s official caster roster and I am extremely excited and happy to say that I’ll be casting regularly for them in 2012!

For those of you that haven’t heard of Playhem before, they run an awesome matchmaking website that expended into SC2 a while ago at playhem.com. You sign up and link your Battle.net ID to an account on Playhem, and you can then enter tournaments as organised by whoever chooses to set one up!

Playhem themselves run daily cash events from Bronze-Silver level all the way up to GM (the Open tournaments) and it is the Open tournament I will be casting regularly, mainly on the EU server but perhaps the odd NA event as well. These tournaments regularly attract a large showing of respected and established SC2 names; for example just last night I had the privilege of casting Empire.hobot and Liquid’Sheth! I also believe on Boxing Day I cast HwangSin and viOlet’s games among other top GM players – so the Open tournament is definitely not for the faint hearted!

I highly recommend signing up and supporting these guys who pour so much money into eSports. The prize pool doesn’t sound that large, but when you consider they run 4-5 tournaments almost daily and have a cash prize pool in all of them, the amount of money monthly going into making these tournaments engaging and exciting is tremendous and they deserve every bit of praise they get.

For now, though, I’m very pleased to be able to present myself as part of this wonderful team and I hope that I meet your expectations in the future! You can watch the Playhem EU dailies at 7pm CEST (6pm UK time) live at playhem.tv.

As promised at the end of last year, I intend on significantly stepping up my play into 2012 and getting better at being a caster as an indirect result of this, through deeper understanding of the game. So far this is proving successful, and in just a few short games after returning to 1v1 play in the new year I have sprung from a rather lowly Gold-84 to Plat-13! 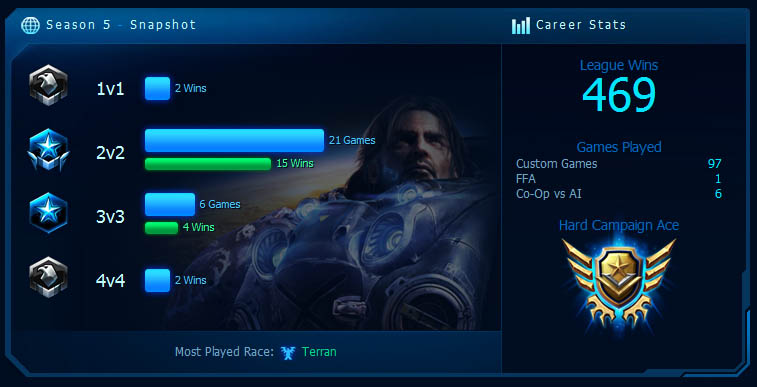 Given that this was only day one of me coming back into the fray, I hope to hop into the Diamond league soon with regular play and the occasional top-player-build-snatching. The amount of casting I’ll be doing will also give me a decent level of insight into build orders and timings from a lot of great players, and I hope to use this to also aid my playing strength! The synergy between casting and playing is a lot larger than I originally gave it credit for, and I hope to spring up to a high level as soon as practically possible while juggling my other commitments. :-)

JoRo – Coming at you like a speed-bane on creep. Don’t say you weren’t warned. See you lovely people soon, be on the ladder or as part of a broadcast!