Are Viewer’s Schedules Clogged Up?

I’m sharing my thoughts today on a topic that first came to mind a few weeks ago but I haven’t had the time to write about (and also with the entire world writing about the 1.4.3 patch changes I figured I’d do something different). Towards the end of 2011 and into the new year, both the GSL and MLG announced changes to the way their tournament formats would be going forward. The new systems seemed complicated but stood to promote lots of good and exciting things. Without going into detail, the changes in format will lead to a lot more matches being played, and ‘safe’ player spots in both tournaments will no longer be that safe: 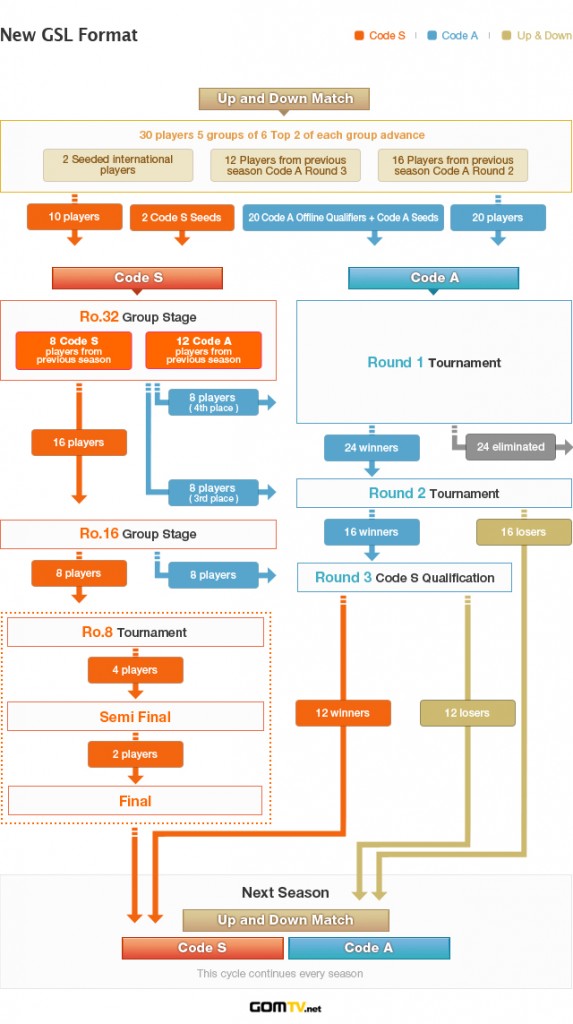 People at first seemed somewhat confused, and then Season 1 of 2012 got underway in the GSL and viewers for the most part got their heads around the new format quite quickly – and the feedback was positive. It’s a lot tougher to be a regular Code S contender now, and we are seeing more fresh faces emerge through the ever-tougher Code B tournament as well as having the potential for more foreign invites.

Similarly, viewers to the initial qualifiers of MLG have been largely positive about the new format, and it also gives people something to view in the off-season. This will of course be building up to the MLG Winter Arena event in a few weeks’ time, where the MLG format will be further tested.

One thing to note, however, is that armchair-viewers at home (of which there are millions!) now have a major tournament of some description to watch almost week-in, week-out. This does not include a plethora of excellent regular tournaments such as Playhem (not that I’m bias or anything), the ZOTAC cup, the Korean Weekly broadcasts, and many more. My question is simple: by expanding the major tournaments to such a large degree, and with lower-level tournaments regularly mixing it up and clashing inevitably with some of these dates, is the community allowing some of its tournaments to lose a little prestige simply because so much is out there?

Take GSL for example – there are now so many Code A matches that they have to be split between two simultaneous streams for games to be played in a timely fashion. As much as we all love the dual-stream to bits since we can watch both at once, in reality it’s difficult at best to focus on watching two epic games at once (and make no mistake, pretty much all the games are really bloody epic!!). It could be argued that this is adding value for the viewer, but I wonder if we risk falling into an attitude of “Oh, there are so many games on anyway, I can afford to miss some” and growing slightly apathetic simply due to the sheer quantity of content. MLG of course did this first with the Red and Blue streams (along with the beta streams on quad-view), but there was sufficient downtime between matches on the two main streams that you could almost get away with channel switching whenever something wasn’t on and get some decent action – it wasn’t exactly wall-to-wall on both streams and I believe that is a large part of why it worked so well. 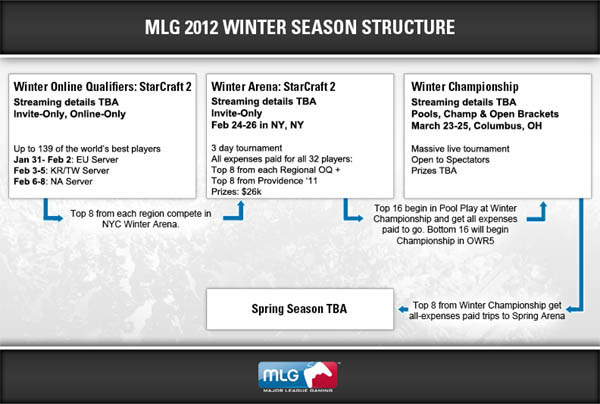 One thing that has come from all these fantastic lower-level tournaments, however, is emerging names – for instance, I’m sure the entire Playhem caster roster knows that we were casting and supporting viOlet long before it became fashionable to do so (hipster nerds unite!) and no doubt there are countless other soon-to-be-large names now coming through the ranks thanks to the number of new tournaments and avenues to get noticed becoming available.

I should mention that I believe the expansion of tournaments and the growing number of them is fantastic for eSports and that I am most definitely supportive of this. I also absolutely adore both GSL and MLG and if it wasn’t for the human requirement of sleep, I would watch everything live. Rather than seeing what I’ve spoken about above as a problem, I see it as more of a ‘growing pain’ as eSports continues to expand. However, what exactly are its implications and is this an issue that needs to be addressed? If so, how?

Just some food for thought. :3