Not too big of an update at this point as I’m busy watching the absolutely insane series between CrazyMoving and SaSe at London Barcraft – but I just wanted to express my absolute admiration and pride at seeing my wonderful friends sexiest-nerd-alive Robin (Twitter: @RobinTivo), the eternal Psylence (Twitter: @ThePsylence), my favourite Pokemon Kibbelypuff (Twitter: @Kibbelz) and the invincible Frodan (Twitter: @Frodan) casting at this weekend’s fantastic MLG Columbus. You guys are doing a great job and I hope that everybody with access to the MLG Beta streams can see how unbelievably capable you all are.

Never have I been more proud to be part of an organisation such as Playhem – what stemmed from a fairly low-key and happy-go-lucky casting ‘career’ has taken me to working with this fine group of casters from all over the world, and I consider myself super lucky to be a part of this wonderful family. Not only do I get a lot of casting practice and support, but it’s a great showcase for all the players who come through onto the world stage through our tournaments as well – remember, we were casting Empire.viOlet long before it became cool to cast him, and I’m sure there will be many more in the future! ;-)

In other news (It seems the music is a direct reference to where I live and my accent) a good friend of mine decided to spend an afternoon trolling me in quite possibly the most skilled fashion possible. Ladies and gentlemen, I urge you to check out Neal Tse Johnson at some point – fellow Starcraft enthusiast and as you will see, pretty darned good with those drawing things. I urge you all to give him a nudge of appreciation on Twitter at @NealTse – for reference his website and portfolio is at nealtse.com.

I hope everybody is having a fantastic MLG weekend – and if you’re in London at Barcraft, pop on down and see the gang!

Oh – and for anybody who’s lazy to watch the video, here’s the picture. And yes, apparently I say “And the answer is…” a lot. :D 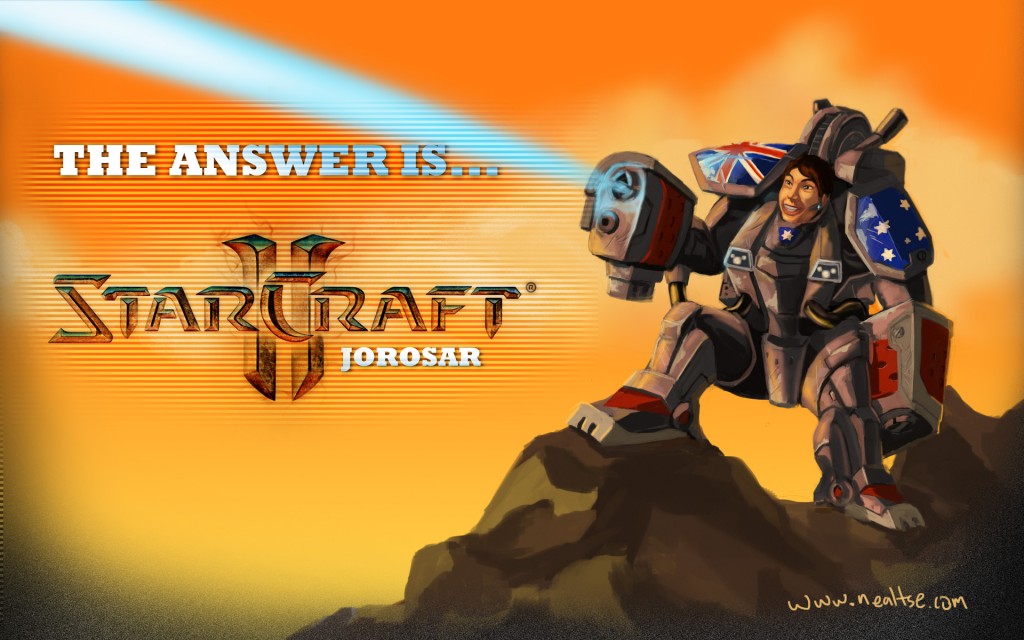