Hey everybody! I’m writing from the airport here in Berlin – because my flight is this evening and the EPS Berlin Open (which I have been hosting and casting alongside Kaelaris and Icicle for the last three days, and had a great time!) finished yesterday, I had a fair amount of free time today and was not sure what I could get up to in Berlin.

That is, until Lee “ESC.Daisy” Jong Hyuk got in touch with me on Skype yesterday evening and we concocted up an afternoon of fun! I visited him at the team manager (ESC.Viper who is an amazing chap by the way!)’s residence in Berlin, and we had lunch and after spotting an Asian supermarket en-route home, spent several hours on a soju-filled 2v2 spree. It was a lot of fun and I also managed to get an interview in with him as well. I think this guy is amazing and deserves a much larger following, so I hope you’ll read and enjoy the following! 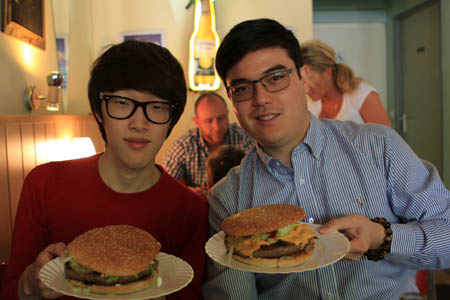 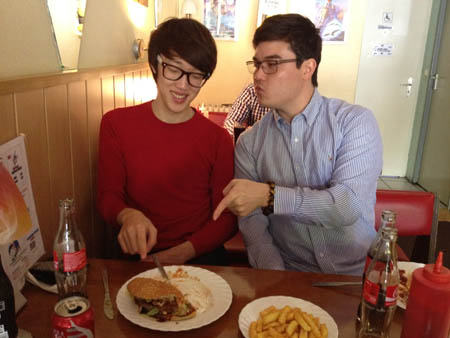 John “JoRoSaR” Sargent: Daisy, a great pleasure to be sitting next to you for an interview. Can you introduce for us who you are and what you currently do, for any new fans out there?

Lee “ESC.Daisy” Jong Hyuk: Hello, I’m Lee Jonghyeok, currently with Germany’s ESC ICYBOX Team. I’m a SC2 pro-gamer, and before I joined the ESC team I lived in Korea as a member of Prime.

JoRoSaR: What made you decide to move away from Korea and join a foreigner team? Also, what made you choose Germany over other potential countries? This must have been a very brave decision for you.

Daisy: I started looking for a foreign team because when it came to tournaments in Korea the GSL was the only one where I could really make a name for myself and it was very difficult to break into. Korean player’s skills are so good that it’s really difficult to survive, and so I started looking overseas. Even though there were a lot of different countries I could have gone to, ESC was the team that showed interest in me, and so I came here to Germany. 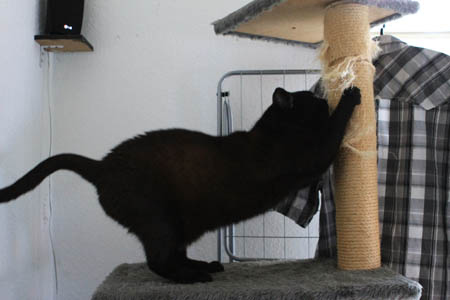 JoRoSaR: What’s your favourite and least favourite thing about living in Germany so far?

Daisy: German food is really tasty so I enjoy that very much, and there’s not really anything that I don’t like. :-)

JoRoSaR: Any particular German food that you can single out as your favourite?

JoRoSaR: What do you find is the biggest difference between playing SC2 in Europe and Korea?

Daisy: At first, when I came to Europe, I didn’t think the European players were all that great, so I thought that practising was going to be tough. But now everyone is doing really well, so I don’t think theres really much difference between us, except for at the top level.

JoRo in action trying to keep up with Daisy.

JoRoSaR: Some players recently have suggested that Korean Zergs are not as strong as European Zergs at the moment, would you agree?

Daisy: Compared to other races, there’s not a huge difference in skill when it comes to the Korean zergs. If you look at players like Stephano and Nerchio , they go to a lot of tournaments and win a lot, so I’ll agree with that. 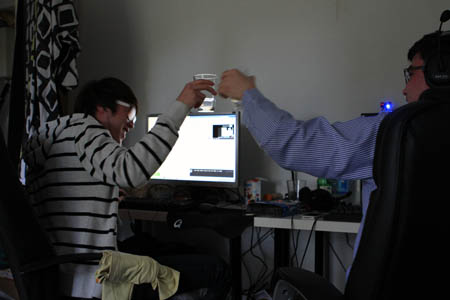 JoRoSaR: Great, thanks for your time! We shall not further delay us playing 2v2 on EU ladder while drinking soju on-stream. Any predictions for what league we will end up in? xD

Daisy: Thanks for interviewing me. I don’t handle soju so well though…we’ll both probably end up drunk on stream :) And if I did 2 vs 1 on my own I’d be master’s league so since I’m with JoRoSaR it’s probably gonna be bronze.

(Cheeky sod! For the record, we went 4-1 in placement matches to place Diamond and 5-0 afterwards including a win against the team we lost against before)

Thanks again so much to both ESC.Viper and ESC.Daisy for their wonderful hospitality. I had a lot of fun and I look forward to seeing you guys again soon! :-)

Follow ESC.Daisy on twitter @ESCDaisy. Also special thanks to @taliana for helping with translation during the interview! <3