After my whirlwind of a long weekend in San Francisco, I came back to Los Angeles and spent a week with family on a lovely vacation in and around L.A. and Santa Monica. For various reasons (various casting bits being some of them!) I haven’t seen family for a proper vacation in nearly two years so it was great to take a break and relax for a little while. As it turns out the shopping can be quite fun too, although my circulation-defying stories of trying to fit into Levi’s Matchstick jeans should probably be told somewhere other than a Starcraft blog (for the record, I eventually succeeded and bought a few pairs). So onwards we go!

After parting with family at the airport at the end of said week, I was picked up by possibly one of the most selfless and enthusiastic people in eSports – Brightside_SC2 of Girls of Starcraft, or better known as Brandi in person. She generously offered to accommodate me during my tenure in L.A. and I was extremely pleased to run a quick test when I got back to the house to discover a 40MBit reciprocal connection – something I can only dream about in London (And yes, I can hear most of continental Europe laughing at me as I type…). There was no time to get set up just yet though, as that very evening we were to attend a wonderful event in Irvine – the last NASL Sunday Showdown Barcraft of the season! A quick stop en-route for a snack produced some raised eyebrows and reminders of what America is capable of offering… 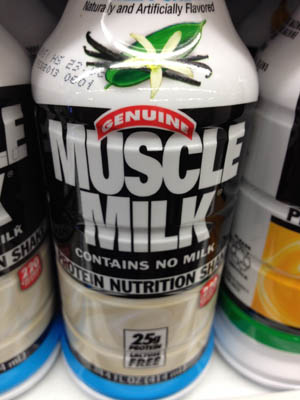 The Protoss President himself MC was to face off against the Manner Bear Sheth in a Best-of-7 showmatch, conveniently at a student-centric institution that served reasonably priced food and very reasonably priced beer – an excellent warm-up event for the players as well as the several hundred spectators before MLG Anaheim next weekend.

It would be easy to say I met a lot of cool folks while I was there, but the truth of the matter is that I met *everyone* while I was at the event! As a casting import from Europe, it was very much overwhelming to get to say hello to so many people who I’ve chatted to online or whose games I’ve cast. The count of North American personalities, fans, players and talent I met went from zero to about thirty faster than I could finish my dinner and drink. Not only did I get to chat to the players and NASL casters, but I also met HiRezBart (one of the coolest dudes to follow in the gaming industry right now), Barbie (with the voice of a thousand fangirls), many of the NASL office staff and Gwin, who cast with me at Playhem and would be casting alongside me at the GESL later on (more on that in my next blog post). Indeed, once the food and drink got flowing some fun times were had all around. The players were great, Frotorp (Frodan and Gretorp) was fantastic, and the atmosphere was phenomenal. 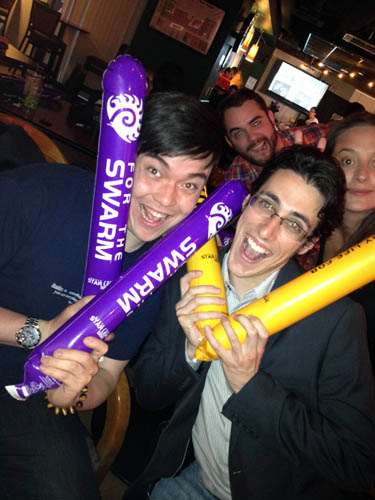 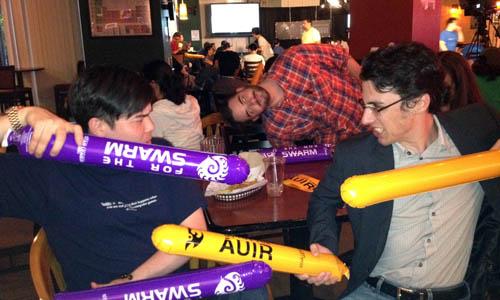 Once the showmatch was over, it was refreshing to see the players hang around and see to the fans that had stayed behind to chat to their heroes. Several souvenirs to bring back to London Barcraft and a photo or two later, we were on our way back. Shawn (Sheth) hitched a ride with us to his hotel while we were heading back to Brandi’s and I was fortunate enough to chat to him a bit on the way there. I feel it’s important to make sure the world knows now that every lovely thing you’ve heard said about Sheth and now nice he is, are all true – Shawn is one of the most humble, lovely people I’ve ever met. I was also introduced to the potential sleep-sapping game that is Mafia, which I was warned would be played all weekend long at MLG. 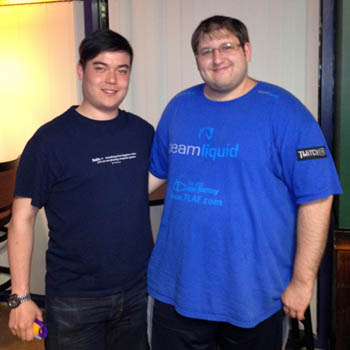 The manner-est and contender for most awesome player in eSports. 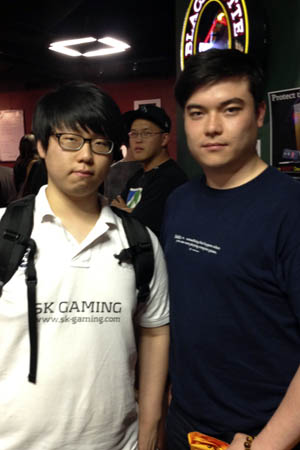 Possible proof in this photo that MC is, in fact, of divine origin.

We were exhausted by the time we got home and needless to say not much got done until the next morning. After a brief bit of furniture rearrangement including the temporary procurement of a second monitor to attach to my laptop, a casting station was successfully set up in the living room. Some Playhem daily streaming happened in addition to laddering over the next couple of days as I finally got a chance to acclimatise and get back into Starcraft II proper after my family holiday. 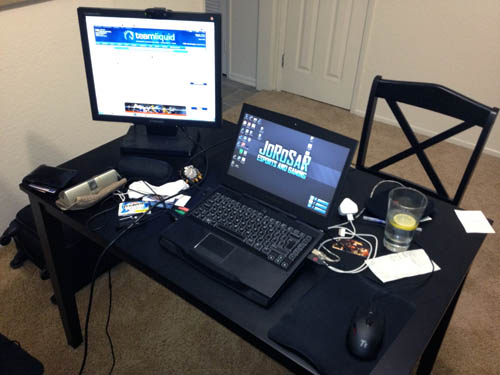 The time spent to myself with my own play and casting would turn out to be very beneficial for the upcoming MLG Anaheim weekend. Korean BBQ was also a prerequisite staple part of my diet before the next two events as well.

I couldn’t help but giggle every time I passed this street sign. 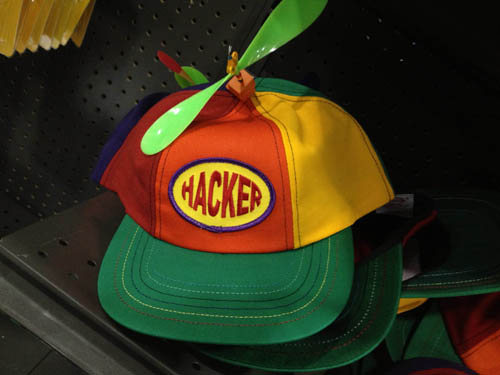 Spotted in a Fry’s Electronics. I would love to give this away as a prize at a LAN tournament some time. 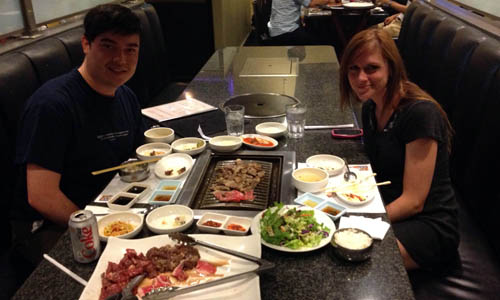 Korean BBQ is the only BBQ.

Special mentions have to go to Chipotle and Best Buy, both of whom Brandi and I appeared to frequent often enough that the staff there would start to fear we’d roll in one day and take their jobs.

Onwards to the weekend and MLG Anaheim – and then GESL the weekend after that without much of a break in-between! :-)