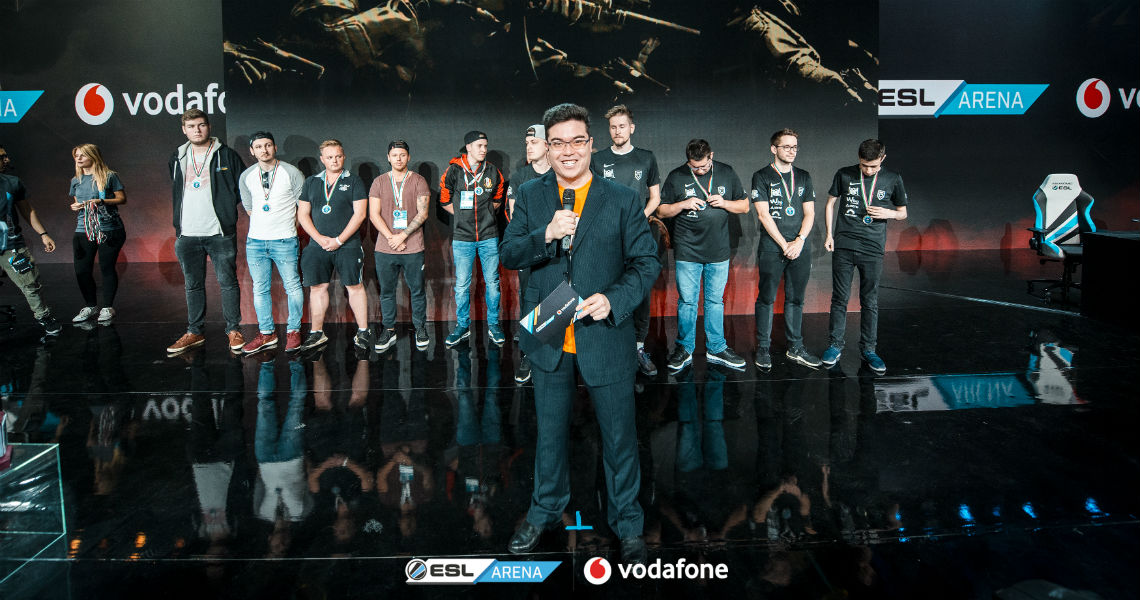 I’ve been very busy throughout the last few months, and I’ve really enjoyed it! Travelling to events across a variety of games, both working and as a spectator, was a lot of fun. I hosted stages for Porsche and Rainbow 6: Siege, as well as my first charity event for PUBG. I also attended the FACEIT Major in London for CS:GO, a game which I have fond memories of playing competitively! The atmosphere and fun across all of these titles really serves as a reminder to me of how thrilling exports can be across the spectrum.

After visiting Berlin for the PUBG Global Invitational, I went to Gamescom to host the Porsche 911 GT3 RS Challenge. This was particularly exciting for me as I’ve always been a fan of racing. My degree from university is relevant to motorsport, and I even used to be part of the race team at McLaren F1! This was all the way back when Lewis Hamilton and Fernando Alonso were their drivers. I enjoyed go-karting competitively and played in some online racing leagues including F1RST, which later became Tyka. I’ve always wanted to be on the mic at a racing esports event, and I now had the chance to host one! I was excited like a little boy on Christmas Day, and I think my enthusiasm shone through on stage.

The format was interesting: 8 racers were competing for the opportunity to undergo (real life!) Porsche Master Cup training with Porsche themselves in Barcelona. The top 4 that moved on from this stage of the competition would also driving in the flesh at the Hungaroring, where they’d have further driver training before doing battle once more to determine who would be going to Spain. This was an esports event with very real world consequences! The racers competing virtually all had varying (and current!) degrees of real life motorsport experience. As time goes on, it’s really cool to see virtual racing physics mimic real life more and more. Transferable skills from one to the other are becoming more and more relevant as this gets continuously refined.

I caught up with some familiar faces – Evan “Raceboy77” Thorogood was one of the competitors, who I met back in April while in Texas at a Forza Motorsport event! He was a joy to interview on stage and for those who watched the broadcast, you’ll already know that he always has a massive smile on his face. Evan reminds me of an esports version of Daniel Ricciardo! 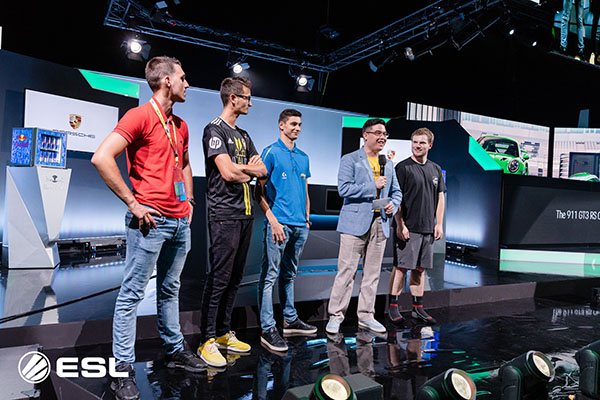 We had some excellent racing throughout the event as well as our fair share of drama. Evan especially had various technical issues and spins – but recovered really well. I wished the next stage of the competition could be held on the same stage the next day! Unfortunately for me (but great for the drivers!), the Hungaroring is where they’d meet again for the next stage of the competition.

I have become very familiar with PLAYERUNKNOWN’S BATTLEGROUNDS, or PUBG, in the last 18 months. Depending on the event, I have been a commentator or desk host / analyst across several of the online leagues, and I’ve been at live events as well. While I had hosted stages before, this one was special. The Sanhok Arena consisted of 64 players – 32 on either side of the central stage. The live audience was deliberately small – the setting felt very intimate as a result! I don’t have a full panorama but here’s an idea of what it looked like from one end: 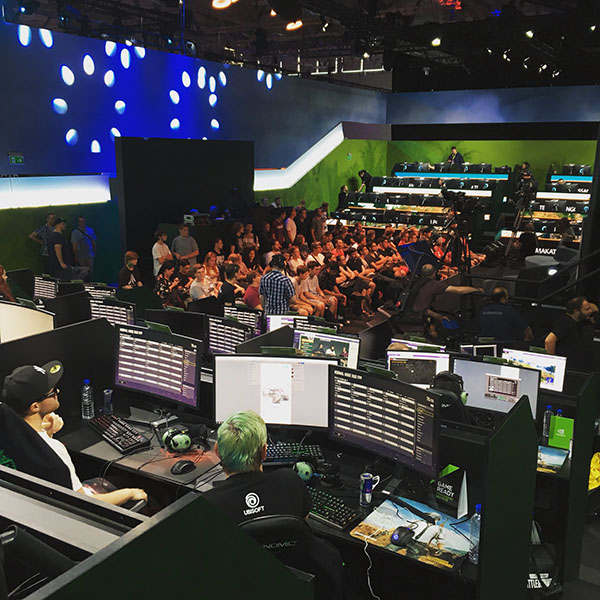 I introduced segments walking up and down the arena, interviewing players and influencers on both sides. It felt really casual, in a good way – the streamers felt at ease and I think this let people get to know them a bit better! The tournament format was also great fun. It was an alternative event with the awesome goal of giving away $500,000 for charity!

There was a deliberate lack of an overall leaderboard at the PUCC, and I thought this was great. Every game had specific ‘challenges’ that were reset continuously throughout the three days. All teams had the chance to score maximum money for their chosen charities in every single game as a result. I think this was really refreshing and different from the “add up all your points over X games” format that we are now used to for PUBG esports. Of course, it worked in part because this was a less serious event from a competitive perspective. However, half a million dollars to charity is a very serious affair and if we could have fun while doing it, well then – why not!

A Different Side to Streamers and Influencers

Speaking to the players in-between games and listening to them talk about where they’d like to donate their winnings to was awesome. It can sometimes be easy to forget that streamers and content creators have different lives off-camera. Discussing the issues close to their hearts and hearing about their life experiences showed a different side of these entertainers – one we don’t get to see often!

Working with the ESL team and on-air talent was also lots of fun. I got to work again with James “Kaelaris” Carrol who I’ve known for a years since working at StarCraft II events! Preparing for the show each day was also a joy, which included moments like this. No, I don’t know either – I promise this isn’t my normal vocal warmup. ;) 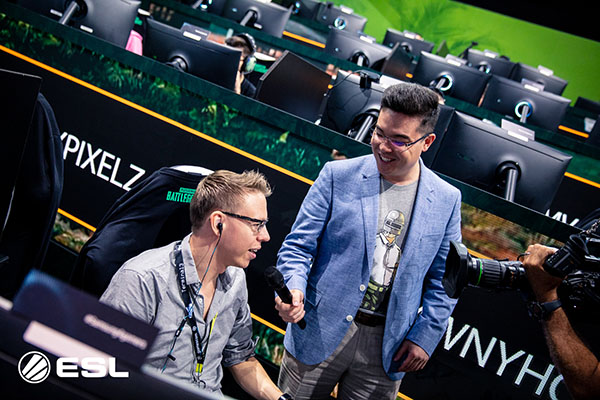 More recently, I had the pleasure of returning to Italy to host another esports event! This time, it was for Rainbow 6: Siege. I’ve enjoy watching but don’t extensively play R6S myself. The last time I played Rainbow Six for hours on end, Rogue Spear and Urban Operations were the newest titles! I was looking forward to being thoroughly updated, given this was back in about 1999. ;)

An international Rainbow 6: Siege event had ever been held in Italy before Milan Games Week 2018. Therefore, a lot of eyes were on us. The crew were really eager to impress as well, and were a joy to work with. I met many of the crew at Lucca last year so have worked with them before. It was great to see them again! 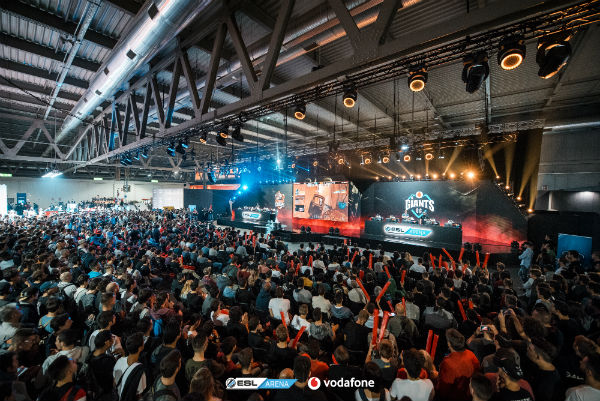 The Italian crowd was fantastic – for pretty much every match there was barely any standing room. The Italian teams achieved by far the largest roars. Even with noise blocking headsets, it was impossible to ignore the shake created by the crowd cheering at the end of each round!

It was awesome to watch the games, get ‘sucked in’ and learn more about the game. The underdog story was also fantastic! Although they didn’t win the tournament, the Vodafone Giants from Spain beat both PENTA and Team Empire in the upper bracket, becoming giant killers themselves. 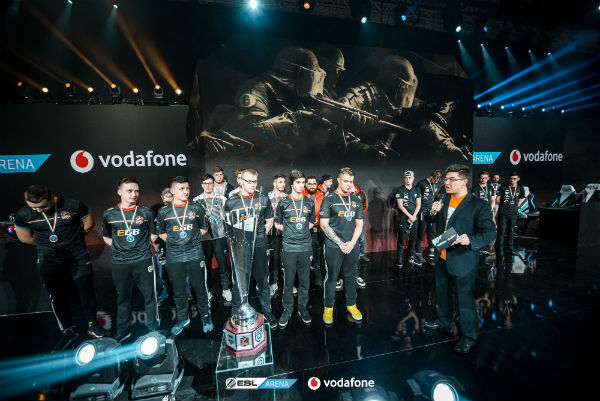 I visited friends, met with my agency Code Red and watched the excitement of the FACEIT London Major in Wembley when I got back to London. It was really cool to see an esports event packed to the rafters a short distance from where I live! Two things really stood out for me: the stage layout (and pyrotechnics!) which made it great to watch for everyone in the crowd, and the crowd themselves. Milan Games Week was loud – but the thousands upon thousands of voices inside the arena at Wembley really took it to the next level. 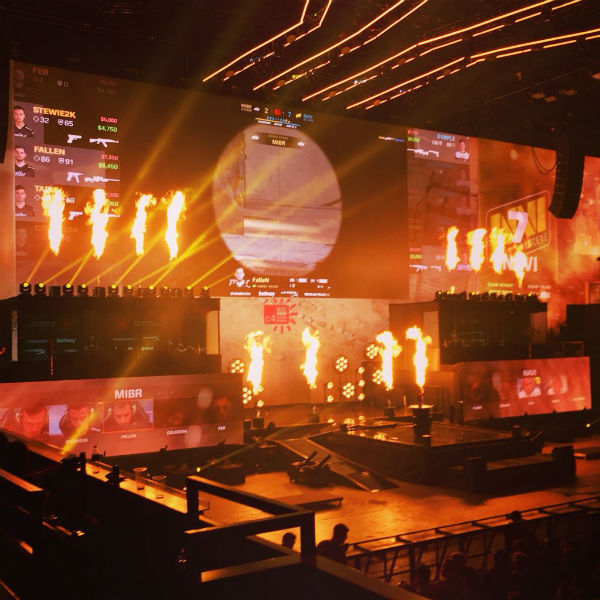 The travels are not yet complete, though! I will be flying back to the awesome Lucca Comics and Games a week from now. I can’t reveal all yet, but I’m very excited. Once again, there will be lots of action in the Esports Cathedral this year. ;)

See you all soon!