Hey there everyone! This is the first post on the site and will also double as the About page so I’m here today to effectively give an overview of my own gaming background and what this site aims to be about.

My name is John (aka JoRoSaR) and I’m a London-based Starcraft II fan, player and shoutcaster. I’ve been playing the game since the beta and fell in love with it straight away. In addition to playing, I picked up streaming and casting towards the end of ladder season 3 (Sep 2011).

Unlike many other SCII fans, I did not actually play Starcraft I or Brood War. My gaming history is colourful; I remember playing StormLord on DOS when I was a little boy (if anyone reading this recognises the game, I probably should owe you a drink!) and graduating to Super-Famicom and the Super Nintendo where I was brought up on console games all the way up to the Sega Saturn / Nintendo 64 era (For the record, I am the King of battle-mode on MarioKart 64 and no, this will never be contested). It was only really then that I got into computer games properly in high school and left console gaming.

If you know this game, I love you already.

My first pursuit was Command & Conquer: Red Alert and later on, Age of Empires I, II and the Conquerors expansion. A friend and I would regularly partner as a 2v2 team to win local LAN tournaments. Back then, these eSports prizes would be in the form of a free week’s access at the local cafe, not like the big-bucks money of today. Still, we were pretty good and entirely satisfied with our geeky pursuits.

Things got slightly more serious for a while with Counter-Strike, where I was also briefly a member of a team that came 3rd in the regional WCG qualifiers. Towards the end of high school I cooled off to focus on studies, however, and instead picked up Warcraft III in my spare time as a throwback to my RTS days (I discontinued playing AoE after the release of Mythology) and in the midst of all this, got to a pretty respectable ranking over time playing as Random, which if I recall correctly was round about level 30+ on ladder. I also discovered DotA in its infancy and played that casually.

Throughout university and now, with the odd throwback to the odd FPS game such as the Call of Duty / Battlefield franchises, I exclusively picked up Starcraft from when it was released in beta.

Away from the game, in my spare time I enjoy photography, travelling, motorsport, basketball, bowling, music (guitar, piano and singing) and chess. 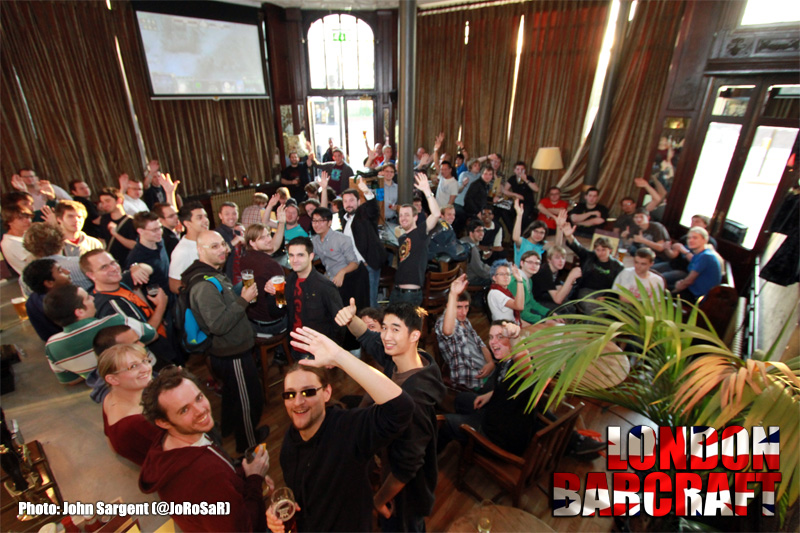 My goal through this website is to chart and document my development through the game as a player, shoutcaster and general involvement with the community. Where this story begins today, I am a Masters/Diamond level 2v2/3v3/4v4 player but Gold level 1v1 Terran player on ladder (dropped from Diamond in season 2, so QQ). I have also started casting replays for YouTube (check out youtube.com/jorosar) and I stream online whenever possible (at twitch.tv/jorosar). Most recently I was involved with shoutcasting for the London Barcraft scene (see LondonBarcraft.com) as well as being a photographer at local events. I hope to gradually transition into a deeper understanding of the game by playing at a higher level and as an indirect result, casting at a higher level as well.

Here’s to my improvement, and hopefully yours too – I hope that I am able to inspire even a few of you to take your game or even hobbies outside of gaming to the next level.

2 comments on “Welcome to JoRoSaR’s Dominion”